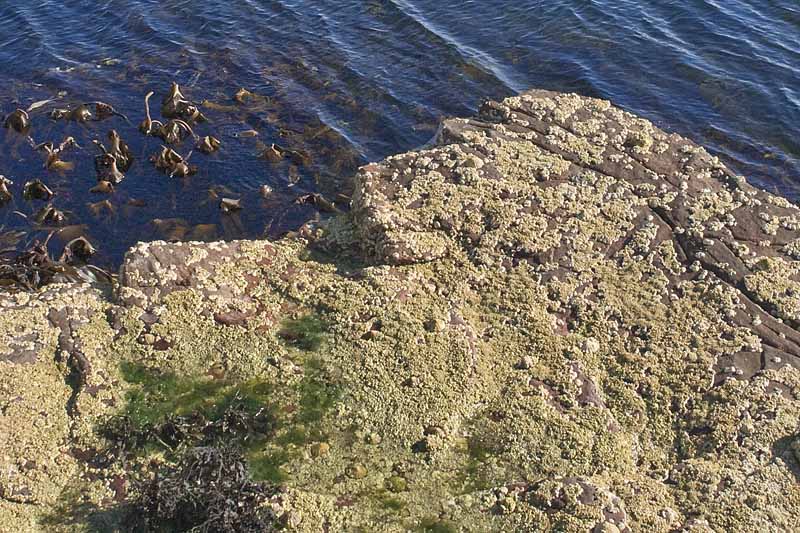 Returning to my favourite piece of shoreline in the NW highlands of Scotland, I am struck by how on the one hand it is so timeless, unchanged and familiar, yet just as I find it again in this moment. It happens to be a fine summer’s morning, a day of silk-screen blue sea, a mirror on which a black-backed gull is floating out there on the water, like a rubber duck, and there being barely a ripple, so the tide is welling and glugging and swirling like liquid glass against the jumble of barnacle-covered rocks jutting out to sea. The rocks themselves, splashed with lichen, and the shapes and shadows cast between them, are as familiar to me in their detail, as the sensory impressions of bog thyme and heather scratching my legs as I pick my way to the shore, the clouds of heather pollen kicking up like incense, and to where a fence post lies tossed on the rocks, still lying just where it was last time I came here, except perhaps more bleached by the elements now, like a discarded whalebone.

The mountains across the far side of the sea loch are precise in this clear, morning light, and the islands to the east are gleaming and suspended like jewels in the water, held in a basin of light, reflecting a clear sky. On the huge rock where I’m sitting, I can see clearly down in to the mysterious kelp forests below the water, as if looking through a telescope beneath the surface of the sea. From here, I can see thousands of barnacles on the rocks above the tideline. Sea anenomes, firmly closed, dot the surface like blood cells or praline chocolates, glistening, plump and moist. There is a very faint hissing sound as heat evaporates from the rocks and it is almost as if the barnacles are breathing, releasing air through open spores.

I reflect with some humour that these living organisms studding the rocks in their steadfast millions, are an equal part of our world, and we breathe the same air. We’re part of a living biosphere, consisting of millions of micro–organisms, mostly invisible to the naked eye and of which we have no awareness at all. Yet these organisms, even the visible ones we do see, when we are connected through mindful awareness, when we simply look and see, do not share the mental obsessions, complications and fixations of the modern human world and mind. Barnacles have no awareness of Brexit, they don’t do Facebook, they haven’t a clue who Theresa May or Jeremy Corbyn are, or whatever may have come in by text or email in the last half hour. Nature, and the shoreline I have just arrived to, is just as it is in this moment. I instantly feel the release of stepping in to something simpler, bigger and shared.

After a while, sitting quietly on the hissing rocks, I delight in the detail of today’s shoreline findings, which include a giant female spider who has sun her web magnificently between two boulders, her guy ropes firmly anchored by silver, gossamer threads. She is sitting proudly at the centre of a perfectly woven web, billowing like a sail in the space between the rocks to catch a morning haul of midges. There are remains of sea urchin, scattered like shattered glass, and the remains of a lobster carcass hauled up in the ledge of a gully above a freshwater pool, overhung by gorse – the recent remains of an otter’s meal. Moving along slowly, my awareness is filling now with the seeing of winkle, jammed driftwood, and shining seaweed, feeling the welcome warmth of heat rising off the sandstone slabs beneath my feet, as mental activity recedes and gives way. 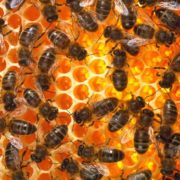 Making the most of it
A Fearless Heart