You are here: Home / Uncategorized

I recently attended the Mindfulness in Education Conference 2016 at the Institute of Education in central London, organised by the Mindfulness in Schools Project (MiSP), which was attended by over 700 delegates, from all over the UK and abroad. It was a stimulating day of presentations and break-out sessions and a chance to find out how mindfulness is beginning to make a difference to the well-being of staff and pupils in schools. Although not a school teacher myself, I have teenage girls going through exam years at GCSE and A level, and know from our own experience as a family, the pressures and stresses that young people go through. I have recently trained in delivering the .b Foundations course for  school staff through the Mindfulness in Schools Project.

The day was introduced by Professor Katherine Weare, Emeritus Professor at the Universities of Southampton and Exeter, and a freelance consultant. She described mindfulness as the “WD40 of education – it unlocks doors”, and  “helping people to live the lives they want.” Professor Mark Williams, the founder of Mindfulness-Based Cognitive Therapy (MBCT), gave a wonderfully clear talk about the origins and applications of mindfulness, tracing mindfulness to its roots in the long river of practical philosophy from Asia, through to Jon Kabat-Zinn’s pioneering work in the Stress Reduction Clinic which he founded in 1979 at the University of Massachussets Medical School, and to the emergence  of mindfulness today  in diverse contexts right across the spectrum of society, offering a  life-changing “way of cultivating a sense of changed narrative from self-criticism to self-care that is foundational for being fully human.”

Richard Burnett, Co-founder and Director of the Mindfulness in Schools Project, talked about how the possibility of introducing mindfulness in schools has now shifted from a field of possibility to a dawning growth of massive potential through the introduction  of mindfulness courses into school curriculums ,  through the development of Paws.b and .b  mindfulness courses for junior and secondary schools, and the recent .b Foundations training for school staff. He described  how these courses  offered the evolving  possibility of “putting well-being at the heart of school” and “nurturing staff to nurture children”. He cautioned that mindfulness should not be adopted as a “panacea” and that it would be “token-istic” if a school were not embedded in mindfulness, through the thorough training of staff and the gradual development of a mindful culture within a school, a process that needed time to evolve and to be effective, and to grow in to place through the principles of established practice.

Anthony Selden, the biographer and historian,  then chaired a lively  panel discussion with children and teaching staff of schools where mindfulness has been successfully introduced, with an inspiring and realistic discussion of the challenges of introducing mindfulness to schools and the deep benefits it brings, not only to the  core well-being of staff and  children, but also to  the children in terms of their capacity to handle their emotions, stresses and difficultes through the effective skills that mindfulness practice  gives them for approaching life in general, as well as encouraging a creative response to learning with greater focus, resilience and increased performance ability, confidence, and emotional self-regulation A teacher who had experienced the 8 week course for staff said: “It was really holistic. It helped me with everything I had to deal with”.

The panel discusson was then followed by Tim Loughton MP who had worked on the All Party Paliamentary Group “Mindful Nation Report”, and cautioned that the increasing mental health issues of young people were “at risk of being seen as normal rather than as  a crisis”. He highlighted  mindfulness as “non-stigmatising, practical and popular” and that it wasn’t just a potential add-on in education, but something that needed to be “mainstream at the heart of education” with its researched benefits in supporting” health, creativity and productivity” and that this was “firmly on the radar of government now” as an important innovation in education policy.

A comment that summed up the potential for mindfulness supporting future generations came from a young girl, possibly aged 8 or 9, who sat calmly and quietly on her chair on stage in front of the 700 delegates and listening attentively throughout the long banter and  discussion between panel members. When finally asked how mindfulness helped her in her school day, she  simply replied “it just helps me  to feel calm”. 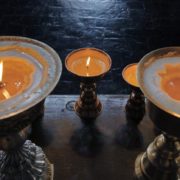 The recent horrific stream of events in Paris and Lebanon  has brought us face to face with unimagineable brutality and its consequences. It seems as if this has brought a heightened awareness of both terrible human suffering in its many shocking and tragic forms, but also of human kindness  from countless strangers who were prepared to support victims of the bombings in the street, opening their doors, donating blood, comforting, and even shielding others in the face of attack. And kindness in the form of  world-wide gestures of caring connection and solidarity, the many impromptu  street gatherings and vigils, and city lights.  An image which has particularly stayed with me is the photograph of the lights from thousands of mobile phones held up in the darkness in a spontaneous vigil that took place in Trafalgar Square. Somebody had taken care to initiate the gathering through social media, and thousands responded. The light of each phone represented someone who had cared  enough to make the decision to travel to central London and attend. Collectively, they lit up the whole square with a sea of lights and a shared expression of caring humanity; a conscious wish to connect.

These simple gestures of caring connection bring meaning and hope when not much else makes sense in the midst such  of atrocity. They arise from a basic, innate human capacity for compassion, and a wish for others to be free of suffering. In the wake of these recent atrocities, the countless stories of courage, kindness, caring and empathy that have emerged,  have emphasised the power of caring connection to sustain and nurture core human values in the face of despair and unimagineable suffering. In the questioning that inevitably follows events such as these, the mixture of horror and kindness has caused me to reflect deeply again  on the value of practice,  and how the many simple moments of caring connection that we make in relation to our own experience and  and in relation to others,  resonanates immeasurably through the sphere of our individual lives. Each moment of awareness flexes the muscle of mindfulness and compassion and builds  an inner strength to deal more effectively  with our own difficulties  and to be more able to support others. These times call us to stay connected and to make conscious caring connection, rather than falling into disconnection, or  simply feeling overwhelmed and powerless.

In last Thursday’s Staying Mindful  monthly practice group meeting, held at the County Hotel, Neville Street, Newcastle upon Tyne,  we practised and  reflected together on  how our intention and motivation to practice helps us to sustain caring connection, in ways that make a difference to ourselves and others in our daily lives. It felt helpful to give space for this reflection at a time when there is so much concious unease, fear and uncertainty. Wholesome qualities of mind are developed whenever we welcome our experience with kind attention and can remain open. Each drop makes  a difference in the accumulative  flow of our  conscious lives, and brings something to the shared collective. We start with just this; conscious, caring conection in the middle of whatever is going on.   I was reminded of a beautiful passage by meditation teacher Sharon Salzberg, in which she talks about the value of practice:

“ This is why we practice meditation—so that we can treat ourselves more compassionately; improve our relationships with friends, family, and community; live lives of greater connection; and, even in the face of challenges, stay in touch with what we really care about so we can act in ways that are consistent with our values.”

We can learn to trust the secure holding of being tenderly and mindfully present, no matter where we are, whatever is going on in our experience.  What we practice grows stronger and influences life around us in simple and meaningful ways. Perhaps, in these troubled times, our motivation and intention to practice can be strengthened, and our practice be of even greater value to ourselves and others. 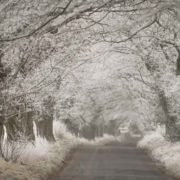 The next 8 week course in Mindfulness-Based Stress Reduction will be commencing in central Newcastle upon Tyne at The County Hotel, Neville Street (immediately opposite Central Station) on Tuesday 19th January 2016 . Places are currently still avaialable on this course.  Full course information and an online booking form can be found under the Courses listing on the website.

The new year is often a time when we can feel more resolved to refresh our perspectives and take steps towards  a more balanced and healthier balance in life. The 8 week course offers a practical and experiential way of experiencing and integrating mindfulness in to the heart of daily life, making practice part of who we are and how we live. The course  explores, as part of the learning process, how we can experience life more fully, and deal with our difficulties more skilfully, and how we can find greater spaciousness in the moments and momentum of our busy daily lives. Bringing awareness and acceptance to our immediate experience can help us to notice stress developing, and to respond skilfully.  The aim of this course is to learn new ways of handling challenging physical sensations, emotions, moods and life situations by helping us to access our own powerful inner resources.

The course includes eight weeks of two hour classes, and  the opportunity to deepen and integrate the learning of the course after week 6 with a full day of mindfulness practice   in the beautiful rural setting of  Newton and Bywell Community Hall, near Stocksfield.  The course fee includes the taught course sessions, a set of practice CDs and handbook with learning materials, and inbetween session support with practice if required. The course is led in a supportive  and friendly group environment. Mindfulness meditation practices, including gentle stretches are taught  and are the basis of regular home practice over the 8 weeks of the course. No previous meditation experience is required.

The course usually fills in advance of starting, so it is a good idea to enquire if a place is available before applying. On receipt of application, an orientation call will be arranged as preparation for the course and to talk about your application and the course together in more detail.